Something to think about: 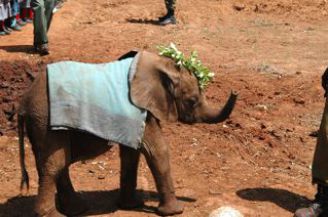 Traveling to sites around the world and here in the US gives me a great education.  I try to see schools and teachers wherever I go, and also, the art and nature that belong to an area.  Travel to Kenya, India, Croatia, Italy, Greece, Ireland, Japan, Peru, England, Nepal, Tanzania helps me know that life is different and yet the same for my global neighbors.

Everywhere, people want good things for their children, enough to eat, and progress towards freedom and economic stability.  And all people laugh and hurt and want peace in their homes and countries.

I continue to celebrate how humans and animals can co-exist.  Besides the conservation work being done in Tanzania migration routes, traveling to Yellowstone to see the wolf pack habitats, and to Costa Rica to help band the ruby-throated hummingbird are experiences that keep me hopeful of us humans.  Q:  Can we save our planet from destruction?  A: ?

During the summer 2012, I traveled with my sister and her husband throughout France - great trip!  We experienced the delights of Paris, the good food and lavender in Provence, and the magnificence of Mont St. Michel on the north coast.  I would go back tomorrow!  I want to add French to my learning goals.

Recently I spent a week in Oxford, at St. Edmund's Hall, at the Education Research Symposium.  I've visited Oxford before, but no matter, it is a professor's mecca.  One could visit every year.  The small town is comprised of over 30 universities and colleges.  Learning pours off the spires and into the streets!

A highlght of 2013 travel included visiting Soka University in Laguna Beach, California, and the travel experience with my Ed.D. students to Cuba during the summer 2013.  Both gave me great insights into what educators can do with a brilliant idea - Soka is the Buddhist way of educating for peace and happiness, and in Cuba, the literacy campaign of 1961 taught everyone how to read and write, and most of the "teachers" were children!  Fascinating history - just ask me to talk about either and I can go on and on!

In July 2014, I gave a paper at the United Kingdom Literacy Conference in Brighton area, and I found my way across the channel to see Paris again, and Giverny and the home of Claude Monet.  Beautiful dripping gardens with wild color and water ponds.  Also I had the opportunity to visit Prince Edward Island in September, and I loved the farmlands and the ocean surf. I could live on PEI, until the cold of winter showed his face.

Travel in 2015 included another trip to Oxford with Ed.D. students.  So far I have slept in these Oxford Colleges:  Christchurch, Somerville, Pembroke, St. Edmund's Hall, St. John's - all different and the same.  Also Dave and I took relaxing vacations to the mountains and canyons in the southwest U.S.  In July 2016, I presented a paper in Vancouver, British Columbia.  The Canadians have a good lifestyle, from my observation, and at the end of my favorite dinner I was served Banana Flambeau, which I promptly tried to imitate when I returned to Texas.  Not quite the same!

I love to travel, but not sure of next destinations besides Cancun.  My passports and travel books show me with a foot in all the following places:  England multple times, Holland, France many times, Oxford several times, Australia, Scotland, Hawaii, China, Mexico, Bahamas twice, Fiji, Copenhagen, Czech Republic, Switzerland, Germany, Italy, Ireland three times, Kenya twice, Tanzania, Denmark, Costa Rica, Peru, Cuba, Croatia, Bosnia barely, Canada, Dubai (United Arab Emerites), Japan, Greece, Spain, India twice.  I wrote a journal entry in 2004 that said "I am through traveling," but instead I said yes to every travel opportunity long past 2004.

Fourteen years later, I would like to revisit several places on my list:  Kenya, France, England's gardens, India's Rajasthan, and any beautiful Caribbean island.  For sure, I am booking a place by the ocean each January.